Normally, I would have been singing the praises of how I made my choice to get my head out of fog known as addiction upon my sobriety date at the end of June this year.  But I didn’t.  Why I don’t know.  I’m guessing it’s because I’m dealing with more fog called “fear,” “denial,” “self doubt” all brought on by the onslaught of the other piece of the puzzle called “Me,” mental illness.  God, it still is tough to say that term, “mental illness” without cringing in fear – there’s that word again.  Fear.  I live in a great deal of it because of stigma.  But addiction?  People can talk about it and you get the praise and the pats on the back for taking the bold steps needed to walk away from hell.  Sure, there are many who still turn their nose up at it and for those people who still deal with that, I “get” that.  I have a parent who said to me when I finally told him at my 20th year of sobriety, “You’re an alkie??”

Oh how I wanted to crawl under a rock…or go back into the fog…JUST TO HIDE!

But now, it’s twenty-six years later from the day I made that choice to walk away from the fog of addiction.  Twenty-six years.  That’s over half of my life now.  It amazes me just to think about the concept.  I’ve seen many walk in and out of “the rooms” as they are called in AA. 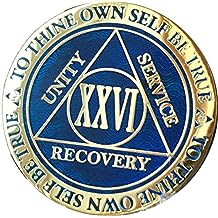 I’ve seen many walk in drunk. I’ve even brought in many drunk on my own.  I’ve had to take many to hospitals.  But mostly, I’ve had to listen – A LOT.  And not just to others who needed someone to listen, a key part of sobriety in “the program,” but to listen to others share their stories FOR ME.  Sure it’s a “we” program, it is said, but when you come right down to it, who gains from it?  ME.  I gain another 24 hours of sobriety from sharing, listening, caring, going to meetings – ok, I’ll admit.  I’ve been remiss lately with looking for work.  But picking up the phone has saved me more than once.  In fact, it saved me from, literally, dying.  The day I went to the hospital for mental illness, I wanted to harm myself….by drinking.  It’s considered “self harming behavior.”  And the first drink is a choice.  After that?  The compulsion takes over and for me, I cannot stop.  It’s the same for every addict of the drug alcohol – or any drug.  My mood swings were wild and going every five minutes; up then down. Crying jags then laughter.  It’s called bi-polar disorder (DSM V has special criteria that I won’t go into here).  Then I wanted to add alcohol to this?  I didn’t need alcohol and I was attending meetings at that time.  It was the program that saved my life that day through the phone and on the web.  Yes, you can have meetings online now.  And one person online saved my life – I will never know who it is as it was based on a login name – but she saved me.  I can’t thank her enough for the chance to breathe air, to see life on life’s terms, to regain balance as well as be granted the chance to live life as the God of my understanding guides me.  That, in a nutshell, IS AA: a community of people who are alcoholics helping other alcoholics achieve sobriety and when one is struggling, we help each other.  It’s what we do.

But 26 years ago?  I was a different person drinking constantly.  I thought once I stopped, things would be wonderful.  As I’ve just described, that’s not a guarantee.  The only thing that IS a guarantee?  You FEEL.  You face life on life’s terms.  You get out of the fog of the mind and SEE the fog for what it truly is – hiding from reality.  And you can enjoy fog when you see it along the seashore or when it creeps inland and provides a beautiful backdrop rather than coat your mind and live IN THE FOG of an altered state of reality.  If you have other health issues, they still come but you don’t have alcohol to complicate it all and even if it contributed to it?  You face it head on like you face all of the other things that you did while drinking – that’s part of the 12 steps, and a key part of life.  And, I’m still making mistakes.  And, I’m still clearing garbage.  It’s all part of the process called living.  I just make a choice each and every day to not take that first drink and head back into the altered state called fog.

I love looking at fog; physically being IN fog itself.  It’s beautiful and for me growing up along the Central Coast of California, it always meant that, after a hot spell in the summer, the weather was going to cool off as most did not have air conditioning.  But living in the altered state of fog?  That’s totally different and that’s a place I never want to be again.  I’ll take the joy, the happiness along with the challenges, the pain and suffering of life any day over an altered state.  For that, I am grateful….today.Foggy

Follow How I Learned to Dance in The Rain on WordPress.com